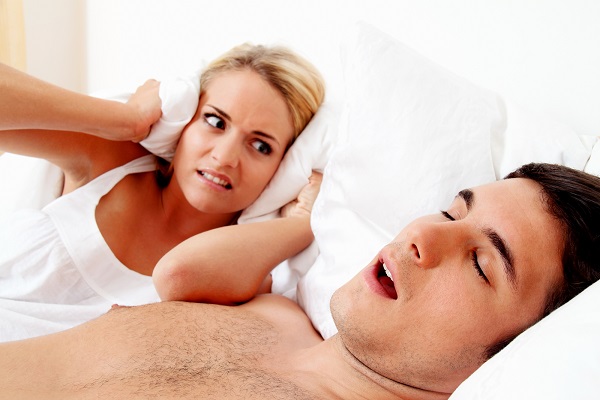 Sleep apnea is a chronic condition that occurs when your airway becomes blocked while you sleep. It causes pauses in your breathing throughout the night, which keeps you from getting a quality night’s sleep.

There are two types of sleep apnea:

1. Central sleep apnea. This is less common but more serious. It occurs when your central nervous system fails to signal your muscles to breathe. This can be caused by a number of factors, including heart failure or stroke.

2. Obstructive sleep apnea. This is much more common. It happens when your airway becomes blocked while you sleep. This can be caused by a variety of factors, such as being overweight, smoking, or having a cleft palate.

Here are the most common symptoms that show you may have sleep apnea:

Sleep apnea often goes undiagnosed, and many people who suffer from the condition don’t even know they have it. One of the primary symptoms of sleep apnea is chronic daytime drowsiness. If you frequently find yourself yawning throughout the day, you might be suffering from sleep apnea.

Loud snoring is usually one of the first signs of sleep apnea. While this symptom may seem minor, loud snoring is often accompanied by other more serious symptoms, like morning headaches, persistent daytime sleepiness, or waking up gasping for air.

Patients who have sleep apnea tend to wake up frequently throughout the night. They spend that extra sleep time feeling tired. This constant feeling of fatigue is often the first symptom of sleep apnea.

As a result of constantly feeling tired, patients tend to become chronically fatigued. They may have difficulty concentrating and completing tasks at work and school. Their energy levels drop, and they may feel depressed.

Sleeping with untreated sleep apnea can leave you feeling groggy during the day. Also, your brain may have trouble focusing, which can result in concentration problems.

Patients may also experience morning headaches. That’s because the muscles in the back of your neck have to work overtime to help your airway stay open. This can narrow your blood vessels, which can trigger pain.

Another symptom of sleep apnea is memory loss. As your breathing stops, oxygen doesn’t reach your brain as quickly as it should. This lack of oxygen can cause confusion, forgetfulness, and even hallucinations.

Sleep apnea can cause mood changes such as depression, irritability, and anger. These emotional changes can be caused both by the symptoms of sleep apnea itself and by the lack of sleep caused by sleep apnea.

People who suffer from sleep apnea may exhibit signs of irritability. They may become easily agitated due to their symptoms. The constant lack of sleep and interrupted breathing may lead to irritability.

Snoring in children can be a sign of sleep apnea. Sleep apnea causes children to stop breathing for short periods while sleeping. While an adult may snore, a child with sleep apnea will be difficult to rouse in the morning.

The most noticeable symptom of sleep apnea is difficulty with breathing. If you have sleep apnea, you may experience difficulty breathing while sleeping. The condition may also cause severe snoring. Snoring is a common occurrence among most people, but sleep apnea sufferers experience it for several hours every night.